DMK legislator J. Anbazhagan, a Covid-19 patient died here at a private hospital on Wednesday, which incidentally was his birthday too, said party officials.

The 62-year-old Anbazhagan undergoing treatment at the private hospital Dr.Rela Institute &amp; Medical Centre here was in a critical condition.

Anbazhagan representing the Chepauk-Thiruvallikeni Assembly seat in the Tamil Nadu assembly is the first Tamil lawmaker to test positive for coronavirus and die of it.

The lawmaker was admitted in the hospital on June 2 with acute respiratory distress syndrome and his Covid PCR test returned positive at the time of admission.

“Initially, he was managed with oxygen therapy through face mask and later on, he was put on ventilator support as his respiratory distress worsened,” the hospital had earlier said.

Later his condition improved and he was gradually weaned off the ventilator, the hospital said.

On June 8, the hospital said Anbazhagan was in a critical condition.

“His existing chronic kidney disease is also worsening. His condition currently is described as critical,” the bulletin had said.

Anbazhagan was first elected to the assembly in 2001 from the T.Nagar constituency and later from Chepauk-Tiruvallikeni seat in 2011 and 2016.

The death of Anbazhagan has reduced the DMK”s strength in the assembly to 97. In February this year, two DMK legislators KPP Samy (Tiruvottiyur constituency) and S. Kathavarayan (Gudiyatham constituency) passed away.

In a statement DMK President M.K.Stalin said the heart fails to accept that party”s hardworker Anbazhagan is dead.

Stalin said as a mark of respect for Anbazhagan the party will follow three days of mourning and its flag will fly at halt staff. 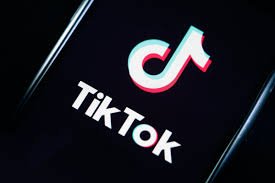