The Supreme Court on Friday directed the Centre and states not to take any coercive action till July end against private companies, which have failed to pay full wages to their employees during the coronavirus-induced lockdown period.

A bench of Justices Ashok Bhushan, Sanjay Kishan Kaul and M R Shah said industries and employees need each other and they should sit together to arrive at a settlement on the issue of payment of wages.

The bench, which passed an order in the matter, asked the state governments to facilitate such settlement process and file its report with the labour commissioners concerned.

It also asked the Centre to file an additional affidavit within four weeks with regard to the legality of Ministry of Home Affairs’ March 29 circular which had mandated payment of full wages during the lockdown period.

The bench posted the petitions filed by various companies against the March 29 circular, for further hearing in last week of July.

The apex court asked the Centre and state governments to circulate its order through labour departments to facilitate the settlement process.

The Ministry of Home Affairs (MHA), in its March 29 circular, had asked all employers to make payment of wages to their workers without any deduction for the period their establishments were under closure during the lockdown to contain COVID-19.

The Secretary (Labour & Employment) had also written to chief secretaries of states to advise employers not to terminate employees from their jobs or reduce their wages amid the challenging situation of the pandemic.

Attorney General K K Venugopal, appearing for the Centre, had earlier told the court that as the people were migrating after the lockdown, the government came out with the notification to ensure that the workers are paid to help them in staying put at workplaces.

The top law officer had referred to the provisions of the National Disaster Management Act to argue the validity of the March 29 circular.

The Centre had also filed an affidavit justifying its March 29 direction saying that the employers claiming incapacity in paying salaries must be directed to furnish their audited balance sheets and accounts in the court.

The government had said that the March 29 directive was a “temporary measure to mitigate the financial hardship” of employees and workers, especially contractual and casual, during the lockdown period and the directions have been revoked by the authority with effect from May 18.

While requesting the top court to dispose of as infructuous the batch of pleas challenging the March 29 notification, the government had said the “impugned notifications have outlived their life and adjudication of the same would only entail an academic exercise as it would not be in the interest of the public to seek recovery of salaries paid to employees and workers for the said 54 days”. 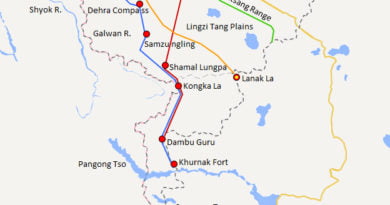 Dealing with the Dragon

India, the fourth worst-hit country in the world, recorded more than 11,000 in one day