Even as the Uttar Pradesh government Friday informed the Supreme Court that it will have to continue to restrict traffic from Noida and Ghaziabad to Delhi as Covid-19 cases in the national capital are 40 times that of Gautam Budh Nagar (Noida) and Ghaziabad, residents have started supporting the Gautam Budh Nagar administration and the district police commissioner’s joint decision to continue sealing the Delhi-Noida border.

Residents have started a campaign to support the border sealing on the grounds that ‘life is more important than the livelihood’. They said if the Noida-Delhi border is opened, then Covid-19 would rise manifold in Noida, Greater Noida and other areas. Until now, many residents were criticising the decision to seal the border and demanding seamless travel from Uttar Pradesh to the national capital so that they can carry on with their work and business smoothly.

“Things have changed and the situation in Delhi is now almost out of control — Covid-19 cases re rising rapidly may be due to the higher population density. Since we share the border with Delhi, allowing unrestricted travel may lead to a rapid rise in Covid-19 cases in Noida too. Therefore, we support the decision to continue sealing the border for safety purposes,” NP Singh, president, Gautam Budh Nagar district development residents’ welfare association (DDRWA), a residents’ group, said.

The DDRWA has also written to the UP government, police and district magistrate expressing its support to the move.

The UP government informed the Supreme Court that it is allowing the movement of those with valid passes and those engaged in essential services, including media persons and advocates.

“We hope that the strict restrictions at the Noida-Delhi border will also be implemented inside the city. We urge the police and the administration to ensure that all citizens follow the protocols seriously. Strict legal must be initiated against those who violate the norms laid down by the government,” Sanjeev Kumar, general secretary, Sector 51 residents’ welfare association, said.

“If the Ghaziabad-Delhi is opened, then people may misuse the relaxations and cause the further spread of Covid-19. Restrictions may help in containing the spread of Covid-19,” Hem Prakash, a resident of ATS Advantage, Indirapuram, Ghaziabad, said.

“Ghaziabad localities such as Surya Nagar, Kaushambhi, Khoda and other adjoining areas will be prone to a rise in cases if restrictions at Delhi-Ghaziabad border are lifted,” Girish Chauhan, a resident of Makanpur, Nyay Khand-II, Ghaziabad, said.

The Gautam Budh Nagar district magistrate Suhas LY said, “We will follow the instructions of the state government on the issue of restrictions at the Noida-Delhi border.”

“The better the understanding and awareness of the mode of transmission, symptoms and isolation of those found positive, the fairer the results would be. We are taking strict legal action to implement the rules,” Alok Singh police commissioner, Gautam Budh Nagar, said. 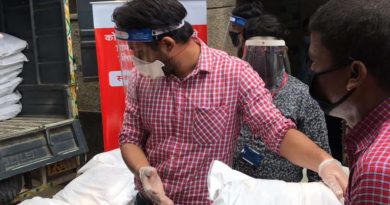 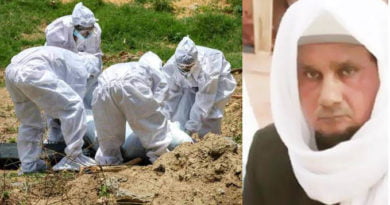 Hand-kissing ‘Baba’ Kisses His Own Life Goodbye, Dies Of Coronavirus