Ram Gowda, a young and versatile genius from a farming family in Bangalore Karnataka village, started his career as a driver 15 years ago then entered the film industry after a lot of struggle where he worked as an assistant, director, co-producer and producer, etc. He worked in almost every department of film from films of all languages like Kannada, Tamil, Telugu and Bengali, etc. Then fate worked and miracles happened as he got the first film “Dilmaar” as a hero. Which is going to be released soon in Kannada, Tamil, Telugu and Hindi. The dialogue writer of the superhit films KGF1,KGF2 and SALAR M Chandramouli has directed this film.

Ram Gowda says about his first film ‘Dilmaar’ as a hero, “It is an out and out action, love and Family-filled film. I am playing a little tappori type role, who doesn’t have any parents. Telugu film’s famous heroine Dimple Hayathi has worked with me. It is going to release soon.” Talking about the journey from driver to film hero, actor Ram Gowda says, “I always like to be busy with work. I don’t consider work as small. That’s why I did all kinds of work and luck supported me. Luck must be combined with hard work then you might get successful. With right effort and hardwork we can definitely achieve success. I thank everyone who helped me reach this point.”

Apart from this, Ram Gowda has signed few more films. Out of which Freedom at Mid Night’ (Director Chandra Mouli) and ‘Operation Khiladi’ (Director Sanjeev Krishnamurthy) are being produced by Time Films, NH Studio, Triflix, Ninjoor Pictures being done. These will be made in Hindi, Kannada, Tamil and Telugu languages. Regarding this, Ram Gowda says, “I thank Chitah Yajnesh Shetty, who got these films and also got entry in Bollywood. Also I thank Pravin Shah, Sagoon Wagh, Rajat Bedi  Shridevi and their entire team of Time Video. Grateful to those who gave me a chance in Bollywood.” 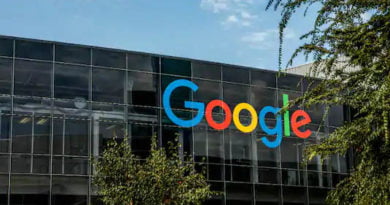