ASSOCHAM organised a conference on cervical cancer to mark Cervical Cancer Awareness Month, which is observed in January

January 28th, 2022: Sincethe month of January is observed as Cervical Cancer Awareness Month, ASSOCHAM, the apex industry body, organised a conference on ‘Awareness and Prevention of Cervical Cancer’ in order to honour and assist women who have either been diagnosed with it or are being treated for this health condition.

Smt. Priyanka Chaturvedi, Hon’ble Member of Parliament (Rajya Sabha) was the guest of honour at the conference. “There are some issues that have taken priority over cervical cancer such as TB and COVID. If we intend to prioritize the need to eradicate cervical cancer this would go a long way. The challenges are that we need to address the stigma attached to pelvic examination, and build awareness amongst women in all strata,” she said. “We need to make screening a mandatory measure and create awareness because even urban women are not aware of it. India has become the pharma destination and we should take the lead in the HPV vaccine.,” she added.

Dr. Princess Nothemba (Nono) Simelela, Assistant Director-General and Special Advisor for Strategic Priorities, World Health Organization (WHO) stressedon the needto be optimistic. She said, “We need to recognise global health complacency. We have tools to detect this cancer. We have to make sure these preventive tools reach everybody. These days there is more focus on profit than solidarity because the vaccine is expensive. Everyone needs to take responsibility. There are new technologies that can augment change. Women should come together to challenge and demand these services. We need to make our demands political.”

Dr. Shalini Singh, Director, ICMR-National Institute of Cancer Prevention and Research, MoHFW, GOI, focused on the need to spread awareness, which is lagging behind. She added, “Awareness and knowledge give us power and perception. It also gives us the self-confidence to think from different levels. Ideally, all women should be aware of cervical cancer. Things like ‘where can I seek help?’ or ‘who can get affected’?” She explained that in order to eliminate cancer, the policymakers, medical fraternity, and community need to come together to raise awareness; create demand for primary prevention through vaccination and for screening and early detection. All these together shall fructify the goal of cervical cancer elimination.

Mr. Narendra Varde, Managing Director – India & Neighbouring Markets, Roche Diagnostics India informed that one-fourth of cervical mortality comes from India. He further explained that “Cervical cancer is a common cause of death among women of reproductive age. Especially in India, cervical cancer accounts for 17% of all cancer deaths among women between 30 and 69 years. These deaths can be prevented, provided cancer is detected and treated in the early stages.  WHO’s three main pillars of Prevent, Screen, and Treat offer a comprehensive approach to cervical cancer elimination by 2030. India too needs a robust public health policy for prevention through HPV screening and vaccination.”

Mr. Ravi Bhatnagar, Co-Chairperson, ASSOCHAM CSR Council, Director, External Affairs and Partnerships (SOA)–Reckitt shared that cervical cancer is the fourth-most frequent cancer in women worldwide, after breast cancer, colorectal cancer, and lung cancer, with around 500,000 new cases cropping up every year, as well as 300,000 deaths. Stressing on the fact that it can be cured, he informed that the Government of India (GOI) is also taking all possible measures and initiatives, through robust planning and strategic implementation framework, in this direction. The Ministry of Health has introduced Papanicolaou test (Pap smear screening), HPV-DNA test, and numerous programs to promote a healthy lifestyle, generate awareness, and early detection. Mr. Bhatnagar also focused on the need of creating more awareness, vaccination, and preventive measures in order to erudite the cancer.

Dr. S. Shantha Kumari, President, The Federation of Obstetric and Gynaecological Societies of India FOGSI said that Pap smear screening examination should be made mandatory. She also stressed that the girls must be fully vaccinated with the HPV vaccine by the age of 15. If we do screening for cervical cancer we can reduce the burden of cancer on women, she added.

Dr. Radhika Srinivasan, Professor, and Head of Department of Cytology & Gynec. Pathology, PGIMER, Chandigarh, and Secretary, Indian Academy of Cytologists gave a presentation titled ‘Cytology for Cervical Cancer Screening – Is It Relevant Today?’ She also informed that “Cytology and HPV DNA testing are both available in India. In Cytology, we have moved from conventional to liquid-based cytology which is available and quite affordable too”. Dr. Radhika stated that cytology detects the disease rather than the infection and emphasized that all disciplines need to work together and create an efficient system for the present and the future.

Dr. Abhishek Shankar, Associate Professor, Department of Radiation Oncology, AIIMS, Patna; Associate Editor, APJCP; Associate Editor, SAJC, Editor in Chief, APJCC; Founder Secretary, ISCO explained that India needs a ground-shot approach as well as a community-based approach. For this, we need to create a good strategy as it’s going to be difficult to do so. He further explained, “Let’s put our efforts together to achieve the WHO target of ‘Eliminate Cervical Cancer’ in near future. Ministry of Health and Family Welfare, Government of India has a framework for screening of common cancers in India that recommends Visual Inspection with Acetic Acid (VIA) for women between 30-65 years, every 5 years in population-based cancer screening. Cotesting with HPV DNA and Pap tests are recommended for women above 30 years and only Pap test is advised between 21-29 years women. HPV vaccination is recommended between 9-26 years before sexual activity. Only 2 doses of vaccine are required between 9-18 years and 3 doses afterward.”

Ms. Mridu Gupta, Chief Executive Officer, Caped India informed that while cervical cancer is the fourth-most cancer in the world, in India, it’s the second-most common disease, which claims the lives of women every 8 minutes. She elaborated, “World Health Organisation (WHO) has made an estimate that India will be cervical-free in 2110, which is a very long time. We also fall short on many parameters and lack of information is a major problem, but it can be reduced if there are discussions on cervical cancer and if awareness encourages and increases the number of women to undertake screening. We need to create strategies and conversations around it regularly.”

Dr. Rajesh Kesari, Founder, and Director, Total Care Control, Delhi-NCR, who moderated the session, highlighted that cervical cancer that affects the female gender is an infection due to human papillomavirus (HPV); it is the most common sexually transmitted infection and is responsible for the majority of cervical malignancies. However, cervical cancer can be cured if detected early and the conference aimed to create this awareness in order to eliminate it. 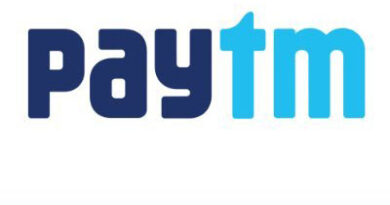 Paytm revenue soars by 89% to Rs 1,456 crore, led by high monetization across businesses 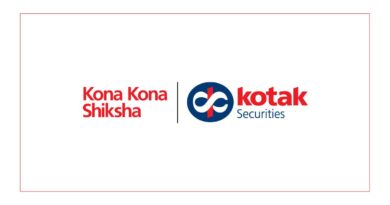 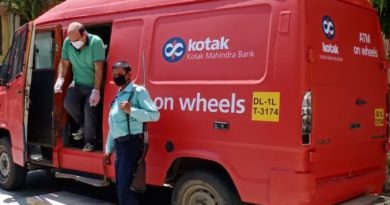