Varanasi, known popularly as Kashi in Tamil Nadu, is one of the oldest living cities of the world endowed with a civilizational and cultural continuum that is unparalleled. Knowledge, philosophy, culture, language, literature, arts and crafts have all flourished in this holy city on the banks of Ganga. Temples and Pathashalas, eateries and pan shops situated at the Ghats, lanes and bi-lanes of Kashi along the Ganga have been the witnesses for the daily scholarly chats and debates for thousands of years. Tamil language and its classical literature has been a great repository of Indian Knowledge Systems since the time of Tolkapiar written by Rishi Agastyar. Tamil Nadu is not only a fertile land of culture, arts, crafts, etc. but also the land of temples built with highest quality of Shilpa Shastra and marvellous architecture with mathematical precision. The Kallanai dam across Kaveri River built during the reign of Chola King Karikalan in150 CE, which is oldest in India that is still in use, is an engineering wonder of that time. Both the cities, Kashi and Kanchi, had Vishwavidyalaya, the highest seats of learning since ancient times. From times immemorial, if Kashi was the aspirational city of higher education, Tamil Nadu was the aspirational land of applied knowledge. If Kashi saw the zenith of Pandita Parampara, Tamil Nadu saw the peak of Tamil ilakkiaparambarai (Tamil literary tradition). These are only a few illustrations to show how the two regions of Bharat, Kashi and Tamil Nadu were the cradles of Knowledge Heritage of India.

All the above foundations of the rich heritage of Bharat were nurtured and cherished at the banks of both Ganga and Kaveri. From Varanasi to Rameshwaram, all the languages and their literature have been the fountain-head of an all-inclusive cultural inspiration and the greatest bonds of unity and harmony among the people. Seeing and understanding this unique manifestation of India’s civilizational treasure is the pathway to experience and appreciate the unique knowledge heritage of India which is intertwined with unity in diversity that no other country in the world can showcase. As part of the Ore Bharatham Unnadha Bharatham (Ek Bharat Shreshtha Bharat) Vision of Hon’ble Prime Minister Narendra Modi ji, Kashi Tamil Sangamam will further strengthen the common experience, appreciation and bonds amongst the people of Tamil Nadu and Varanasi.

Kashi Tamil Sangamam, a month-long festival starting from November 17th to 16th December, which happens to be Tamil Kartiga Maasam, is being organised by Ministry of Education under the guidance of Hon’ble Minister of Education Dr. Dharmendra Pradhan ji. IIT Madras through its website www.kashitamil.iitm.ac.in selects and sends altogether 2500 delegates to Varanasi in 12 groups, about 210 in each group, namely Students, Artisans, Literature, Spiritual, Business, Teacher, Heritage, Entrepreneurs, Professional, Temple, Rural and Culture. Banaras Hindu University is hosting the Sangamam festival in its campus. 12 seminars will be organised pertaining to the subject domain of each group for interaction between scholars, experts and practitioners to exchange their expertise and best practices and to learn from each other. Cultural programs will be held everyday evening throughout the month showcasing all forms of arts of Tamil Nadu including both classical and folk. Exhibitions and sales stalls of all types of handicrafts, handlooms and unique products of Tamil Nadu and Stalls of Classical Tamil Texts with translation in Hindi and other languages will be another attraction of the festival. However, food courts of Tamil Nadu Cuisine will be the star attraction. Workshops, Lecdems, Book release, etc. will also be held at the festival venue. Seminars and workshops will be held in Vishwanath Corridor and Trade Facilitation Centre also.

Each group of the delegates will visit Vishwanath Mandir and the Corridor, Ganga Arathi, Ghats through Cruse, Subramania Bharati house, Handloom and Handicraft Exhibition in TFC and other important places in Varanasi and Saranath for two days. Subsequently they will visit Prayag Raj and Ayodhya. Other than the delegates, many experts and opinion leaders from Tamil Nadu are invited.

Bharat is the land of many languages. Bharatiya languages are the cradles of our civilisation. Tamil is one of the oldest languages of the world. Its knowledge and cultural heritage are one of the richest in the world. Tamil’s contribution to the development, sustenance, unity and harmony of India is unparalleled.

Bharatiya languages coexisted, complemented and nurtured each other throughout the ages. Languages shape the mind and wisdom of the society. Languages bring people together. India is a multilingual society. It is necessary for the citizens to know and understand various Indian languages and its rich literature, culture and thoughts.

Languages, mutually respected, learned, complemented and open heartedly embraced by their speakers, are the medium to pass on the shared experiences of the people from one generation to another, from one region to another, and from learned to common mass. Kashi Tamil Sangamam is a historic event. It is going to be epoch making. Kashi Tamil Sangamam with focus on diversity in unity will bring minds and hearts together and will strengthen the ageless bonds of boundaryless people.

The article has been authored by Chamu Krishna Shastry, chairman, Bharatiya Bhasha Samiti, ministry of education (High Powered Committee for the Promotion of Indian Languages) and Padmashree receipient. 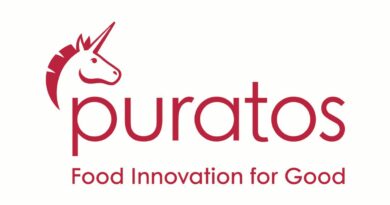