A copy of the book was presented by Mr. Sood to the Union Minister of Housing and Urban Affairs and the Union Minister of Minister for Petroleum and Natural Gas Shri Hardeep Singh Puri at his office in a simple event on Tuesday i.e., 19th April evening. Through the prism of this book, people will be able to look at the Indian economy not purely just in numbers but also in terms of the social and economic justice achieved.

While receiving the book the honorable minister Shri Hardeep Singh Puri said, ‘The book ‘Progress of the Indian Economy – Legislative Proactivism since 2015’ which also covers RERA, resets the parameters by which performance of the Indian economy has been judged.”

Later, he also tweeted regarding the same highlighting the fact that the forewords to the book have been written by two eminent personalities Dr. Bibek Debroy, Chairman of the Economic Advisory Council to the Prime Minister of India, and eminent Advocate and Solicitor General of India, Mr. Tushar Mehta,

Speaking on the occasion a visibly pleased Mr Vivek Sood said, “It was very nice of the Minister to have taken out time for the book from his busy schedule. Tweeting from his official handle highlights the points that I have raised in the book. In my opinion, this book showcases the excellent work of the Modi government through pro-active legislative actions since 2015 and is ongoing.”

He added, “In my view, the year 2015 is as significant as 1991 when the Indian Economy was liberalized and globalized. The motivation for writing this book was inspired by the pro-activism shown by our legislators in making laws for ushering in Economic Justice and progress in India since 2015. I am sure a lot more is to come under the leadership of our Hon’ble Prime Minister Narendra Modi.”

Vivek Sood is one of the leading senior counsels based in Delhi with three decades of law practice. A prolific author, and a frequent speaker on contemporary legal and constitutional issues on public platforms he has a massive following on social media. As a senior counsel, Sood is well known for being engaged in complex legal briefs in diverse branches of law including constitutional, commercial, and criminal laws.

The present book is Vivek Sood’s sixth book and there are many more to come. Each of his books demystifies complex legal issues so that they can be read by one and all rather than only the legal community. He has written extensively on cybercrime, electronic evidence, immunity to Internet intermediaries, electronic contracts, taxation of Internet entities, intellectual property rights in the virtual world, arbitration, insolvency law, as well constitutional issues with respect to the Right to Privacy. Sood’s books are pioneering works on the subjects he chooses to write on. He coined the expression “Fundamental Right to Internet” in 2011, which was the title of his book. The expression was used for the first time by the Supreme Court in 2019 in the Kashmir Internet shutdown case. In 2021, Sood coined the expression “Commercial Justice” in his book titled “Emergence of Commercial Justice: Insolvency & Arbitration”. He then authored another widely read book titled “Right to Privacy: Arguing for the People” in 2021.

This book is unique and a pioneering work about economic progress ushered in India through pro-active legislative action since 2015. The book is a gamechanger as it adds new parameters to judge the Indian Economy. Till now, the Indian Economy was assessed only through numbers such as GDP growth, inflation, stock market indices, and other statistics. Vivek Sood has argued in this work that since 2015 the Indian Economy has progressed in terms of economic justice having been ushered through legislation and economic policies of the Government of India. RERA, Insolvency & Bankruptcy Code, Commercial Courts Act, Fugitive Offenders Act, and Arbitration law amendments are some of the legislations that have ushered economic justice and progress in the Indian Economy. The author has taken the debate to another level by arguing that the integration of J&K with mainstream India in 2019 has brought economic progress to the State. Economic policies of the Government of India such as Jan Dhan Bank accounts open a gamut of financial services for the common man which is a facet of economic justice. Startup India is a scheme that gives an opportunity to every citizen to create wealth and Unicorns thereby democratizing the Indian Economy. 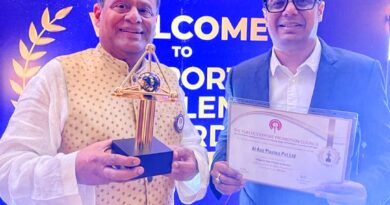 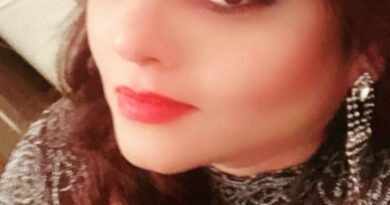 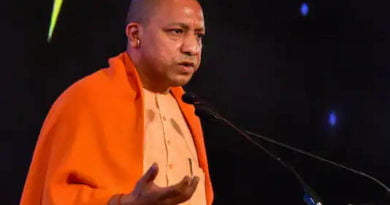 UP Cabinet Passes Ordinance to Amend Cow Slaughter Act; Up to 10-year Jail for Violators